BONNIE HUDSPETH, Board President, Putney, Vermont. Bonnie leads Co-operative Development for the Neighboring Food Co-operative Association (NFCA), a network of more than 45 food co-ops and startup initiatives with a combined membership of over 160,000 people across Vermont, New Hampshire, Connecticut, Massachusetts, Rhode Island and New York. Prior to joining the NFCA, Bonnie served as Project Manager for the Monadnock Food Co-op, creating the founding organizational structure and overseeing pre- operational development and fundraising to open a co-operatively owned grocery store in Keene, NH. She holds a B.A. in Environmental Studies from the University of Vermont, and Masters in Sustainable Community Development from Antioch University New England.

KIMBERLY R. LYLE, Board Vice-President, Boston, MA. Kimberly R. Lyle is the Director of Strategy and Development at Dorchester Bay Economic Development Corporation. She leads strategic initiatives and planning, resource development, and communications. Prior to her work in community development, Kimberly worked in several capacities in financial services, tech, and higher education. Perpetually curious about humanity and human societies, Kimberly received a Bachelor of Arts in Philosophy from Rutgers University, and she completed graduate coursework in social anthropology at Harvard University. A proud native of the Roxbury neighborhood in Boston, Kimberly is committed to building collective power in her community. She previously served on the board of the Roxbury Neighborhood Council and is active in other advocacy efforts. Kimberly also serves on the board of the Massachusetts Association of Community Development Corporations (MACDC).

MATT FEINSTEIN, Board Clerk, Grafton, Massachusetts (Nipmuc territory). Matt is the Co-op Clinic Program Manager with the U.S. Federation of Worker Cooperatives and Co-Director of Global Village Farms, a center for land-based education, farming and co-op development. He is of ashkenazi jewish and european ancestry and is based in Central Massachusetts. For over ten years he was the co-director of Worcester Roots, a grassroots co-op organizing group that focuses on urban worker cooperatives with a social justice lens. He is also co-founder of Stone Soup Community Center. Matt is passionate about social and environmental justice organizing, worker cooperatives and supporting youth to become agents of change. Using documentary film as a tool for connecting social movements worldwide, Matt speaks English, Spanish, Portuguese and French and has collaborated on film projects with groups in Argentina, Brazil and Worcester, MA. Matt joined the Fund board in 2013 and serves on the Racial Equity and Governance Committees.

ANDREW DANFORTH, Board Treasurer, Foxborough, MA. Andy is a financial consultant, specializing in social enterprise, cooperatives, alt energy and affordable housing. He has almost 40 years of diverse experience in real estate, lending, finance, M&A, and IT. He was founding Director of the Cooperative Development Institute’s NEROC Program, which assists manufactured housing cooperatives in the purchase and operation of their communities. He is co-founder and Managing Director of Circinus Group, which is a portfolio social lender and commercial conduit and provides financial and systemic consulting services to the international residential finance community. During his career, he has been an executive of two public companies, worked with 12 of the 20 largest US banks and Wall Street brokerages, served as a Liquidating Officer of the FDIC, and has assisted local lenders, government agencies, Indian tribes and regional non-profits. Internationally, he has worked on projects in Canada, Australia, the UK, and in several South Asian countries. Andy is a CPA and has been a board member since 2003.

CLARK ARRINGTON, Wyncote, PA. A 2021 Cooperative Hall of Fame inductee, and a 2022 recipient of the 53rd Malcolm X Black Unity Award he is currently the General Counsel of Obran Cooperative LCA, a worker owned Mondragon styled conglomerate and a Senior Fellow with Seed Commons, a CDFI cooperative enterprise lender composed of a national network community based affiliated local technical assistance providers. He served as a member of the CFNE board in the 1990’s when he was Chair, General Counsel and Capital Coordinator of Equal Exchange. Prior to working at Equal Exchange, Clark served as General Counsel to the ICA Group. Subsequently he lived in Tanzania for 15 years working for the African Development Foundation, Kampala International University, and the Open University of Tanzania. He also served as Special Counsel to the Mkono & Co Law Firm that represented Julius Nyerere and the Government of the United Republic of Tanzania. He has a BA in Sociology from Pennsylvania State University and a JD from the University of Notre Dame Law School. He is licensed to practice law in PA, MA and MS.

ALFRED ‘DUKE’ BOUCHARD, Albany, NY. Duke is the CFO at River Valley Food Cooperative, Northampton, MA. From 2002-2016 he was employed by Honest Weight Food Cooperative in Albany, NY, first in the role of Assistant Financial Manager and then as Chief Financial Officer & Co-General Manager. In 2013, the Albany Business Review named Duke “CFO of the Year.” He is an active participant in the National Co-op Grocers Association, working on the Risk Management committee to review financial performance and proposed expansion projects for NCG member cooperatives. He has a B.S. in Finance from Siena College in Loudonville, NY.

AMETHYST CAREY, Philadelphia, Pennsylvania. Amethyst (she/her) is a Co-op Developer and Seed Commons program lead at Philadelphia Area Cooperative Alliance (PACA). Before joining PACA, Amethyst served as a Co-op Organizer at the Center for Economic Democracy (CED), where she coordinated a multi-stakeholder economic justice initiative advancing policies, financing, and technical assistance to grow worker ownership across Massachusetts. Prior to her work with CED, she had the privilege of supporting resident and community engagement at Dudley Street Neighborhood Initiative’s nationally recognized community land Trust, Dudley Neighbors Inc. Amethyst is a Board Member at CoFED, a national nonprofit supporting young Queer and Trans people of color in the practice of cooperative economics and values through food and land.

SUSAN ELLIS, Spruce Head, Maine. Susy served on the CFNE board from 1982 to 1996 and served for many years as the Board President. She returned to the CFNE board in 2012. She has provided accounting and management services to small businesses in Maine. Management services include personnel, business planning and financial analysis. She also provided Coast Guard documentation for commercial fishermen and yachtsmen throughout New England. Susy was formerly President of the Federation of Co-ops and was co-author of “A Comparative Financial Analysis of Maine Co-op Stores”. She has a BA from St. Lawrence University, is a member of Good Tern Co-op in Rockland which she managed for eight years. Susy serves as chair of the CFNE loan committee.

JONAH FERTIG-BURD, Durham, Maine. Jonah Fertig-Burd joined the Sewall Foundation in 2020 as a Community Partner providing leadership for Food Systems Programs. Over the past 18 years, Jonah has built deep, collaborative relationships; developed new nonprofits, cooperative businesses, and collaboratives; worked in restaurants, food pantries, and farms; advocated for food and farm policies; and helped to grow racial equity in the food system. During the past 6 years at the Cooperative Development Institute (CDI), Jonah worked with farmers, fishers, cooks and food producers to form cooperatives, particularly New American farmers in Lewiston-Auburn, Maine and the Northeast. He helped start New Roots Cooperative Farm, Maine’s first New American owned co-op, and Maine Farm & Sea Cooperative, the first multi-stakeholder foodservice co-op in the country. Jonah has consulted with co-ops in Maine and across the region, assisting them in developing democratic governance and management, business plans, raising funds, and more. Prior to CDI, he co-founded Local Sprouts Cooperative, a worker-owned cafe and catering business. He’s also on the board of Land in Common Community Land Trust. He was a 2018 BALLE Local Economy Fellow, 2016 Democracy at Work Institute Worker Cooperative Developer Fellow, Food Solutions New England Network Leadership Institute graduate and Sustainable Food System Leadership Institute graduate. He loves to cook, make art, play music and walk in the woods. He is also a farmer and co-owner of Celebration Tree Farm & Wellness Center a multi-stakeholder cooperative in Durham, Maine, where he lives with his wife and two children.

JON RESKE, West Springfield, Massachusetts. Jon recently retired from a 20-year tenure as a senior manager and Vice President of Marketing at the UMass Five College Credit Union, which has 34,670 co-op members and assets of $412 million. He has skills in marketing and strategic planning. Jon has a B.S. in Business Administration from American International College and an M.B.A. from Wake Forest University, Winston-Salem, North Carolina.

DANIEL ROSS, Holyoke, Massachusetts. As CEO and principal of DAISA Enterprises LLC, Daniel specializes in supporting development of sustainable and equitable food & environmental enterprises, working with entrepreneurs to strengthen strategies and access capital, as well as the mission-driven investors and funders wanting to maximize their impact. He is co-founder and Director of eKutir Global, scaling cutting-edge mobile technology proven to increase yields and sustainability for 60,000 smallholder farmers India to partners worldwide. Daniel is Visiting Assistant Professor of Social Entrepreneurship at Hampshire College and as Chief Operating Officer at Wholesome Wave he launched the Investments program, connecting “food hubs” with impact investment capital. Daniel was Executive Director of Nuestras Raíces, a grass-roots organization to promote economic, human and community development in Holyoke, Massachusetts through projects relating to food, agriculture and the environment. He has helped community members start small food and agriculture businesses, launched Energía worker a nonprofit and worker-owned energy-efficiency services company employing formerly incarcerated young people. He holds an MBA from MIT Sloan, MIT Sloan Fellow for Innovation and Global Leadership, MIT Legatum Fellow for Development and Entrepreneurship.

MARILYN SCHOLL, Putney, Vermont. A 2018 Co-op Hall of Fame inductee, Marilyn is retired from administering Columinate Co-op (fka CDS Consulting Co-op) since 2000. In addition, she has provided consulting services to numerous food co-ops since 1996 specializing in cooperative governance. She is former food co-op General Manager at two co-ops (Wheatsville and Gordon Park) and worked for 9 years at the University of Wisconsin Center for Cooperatives where she helped organize CCMA. Marilyn has a Master’s degree in adult education from the University of Wisconsin – Madison.

LUCAS TURNER-OWENS, Boston, Massachusetts. Lucas is an incoming Principal at the impact-focused venture capital fund TMV and a Board Member of the Cooperative Fund of the Northeast. Previously, he served as the Fund Manager for the Boston Ujima Project where he was responsible for launching the fund, raising capital, underwriting investments, and providing technical assistance to entrepreneurs. Prior to joining Ujima, Lucas worked as a Loan Officer for Cooperation DC, providing technical assistance and loan packaging for women-of-color-led worker-owned co-operatives; and at Next Street Financial & The Bridgespan Group, as a consultant supporting clients in impact investing and the social sector. Lucas holds a BA from Wesleyan University and is currently pursuing a Master of Business Administration at the Georgetown McDonough School of Business. 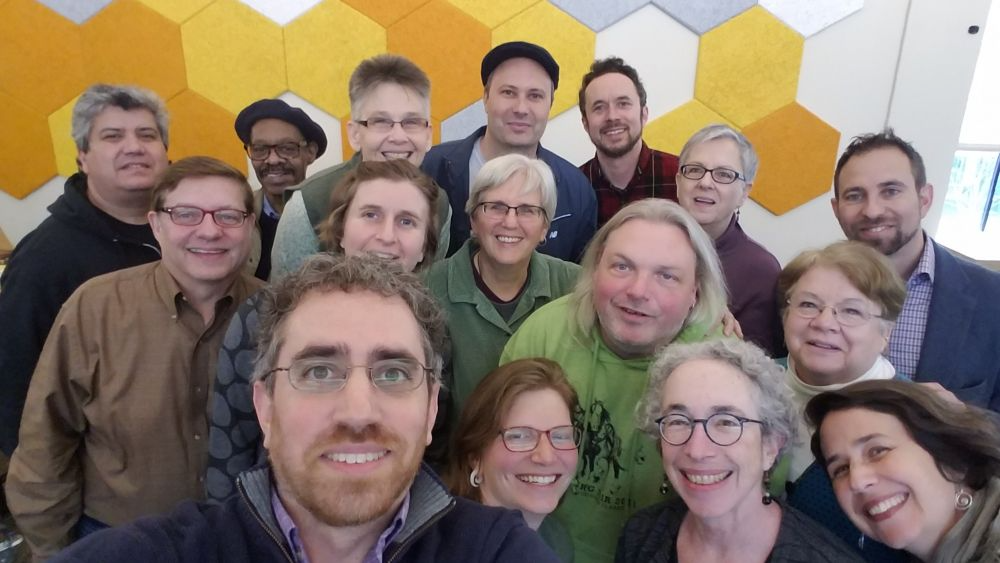 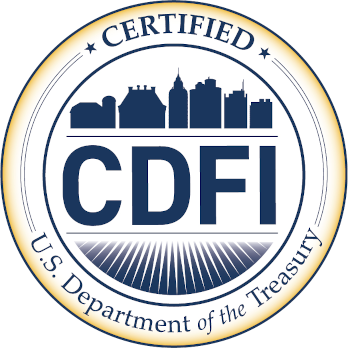